Is the Bible really error free? 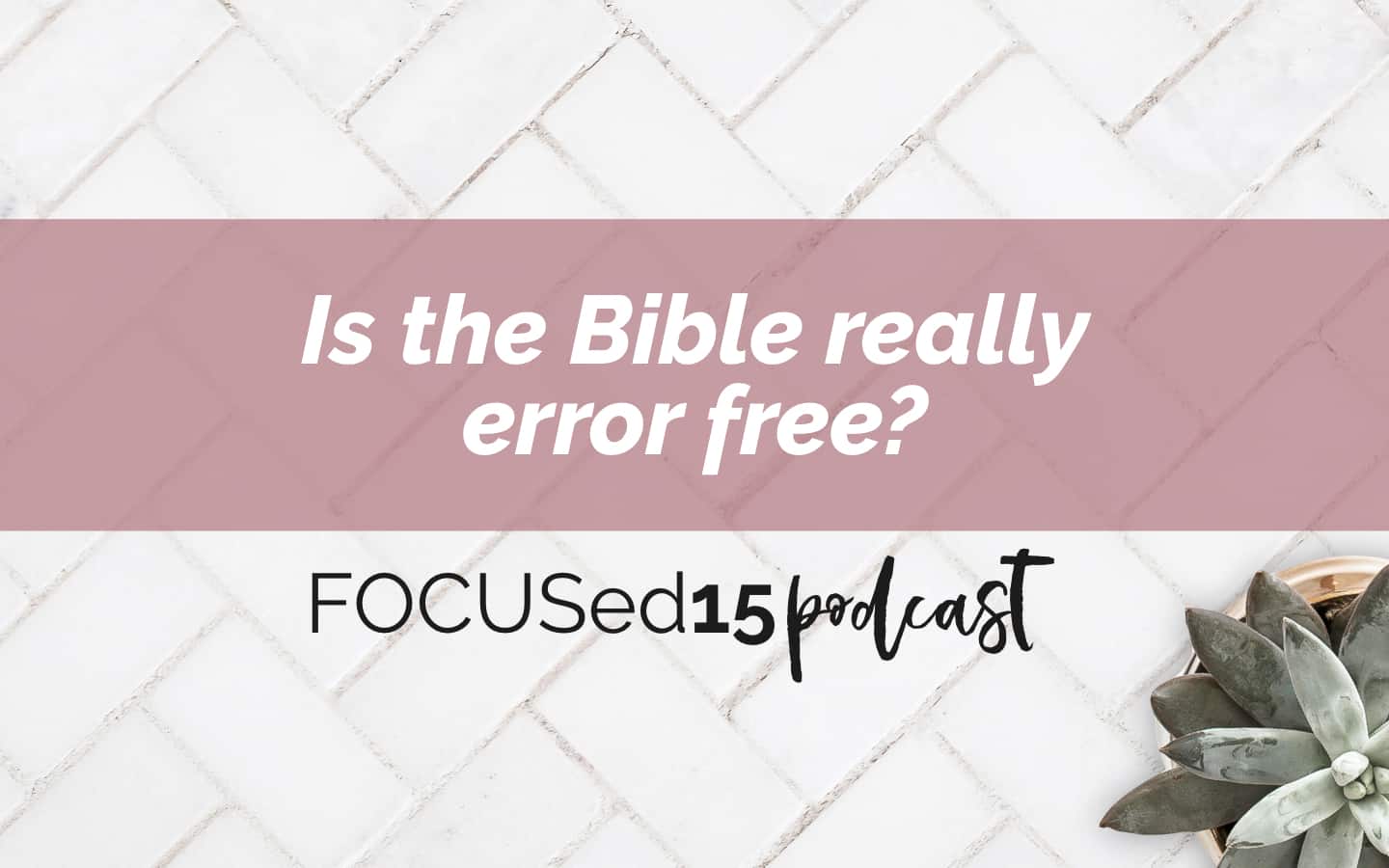 IN THIS EPISODE YOU’LL HEAR ABOUT:

Links below may include affiliate links. At no additional cost to you, I receive a small portion of your purchase. Thanks!

HOW TO LISTEN TO THIS PODCAST:

You have many options for listening in. Simply choose your favorite from below.

1. Listen right here on the blog.

2. Listen from an app on your smartphone, iPad or iPod– For iDevice users, click here to access the podcast and subscribe in iTunes.  If you don’t have an Apple device, you can listen with the Stitcher app. You’ll have access to new episodes on either app as soon as they are published.

3. Listen from your computer via iTunes or Stitcher. Just click here to access the podcast in iTunes or here to listen from the Stitcher website. Once you subscribe to the podcast, new episodes will show up in your iTunes and/or Stitcher dashboard.

Pouring out your heart to God

Pouring out your heart to God

Bring the mountain top experience to your everyday moments

Bring the mountain top experience to your everyday moments

Want to maximize your time in the Bible and grow closer to God but not sure where to start? Identify WHERE you are so you know WHAT to do first.